What do my Muay Thai Shorts say?
Thai is a beautiful language, spoken and written. The intricate alphabet can be often done in many different fonts. In addition to their meaning, these words can also serve as a decorative feature, adding to the authentic look for many Muay Thai brand designs.

We’re starting to see newer styles of Thai boxing shorts before more popular in the gyms and ring. These styles typically have a slimmer leg and more streamlined design than the traditional style Muay Thai shorts. Fairtex has transitioned to mostly the slim cut style. Fairtex keeps their manufacturing in Thailand and has a history rich in Muay Thai tradition. But, as Muay Thai becomes more popular worldwide, Fairtex is widening their scope of products to include boxing and mixed martial arts style shorts as well.

Brands like Top King Boxing and Boon Sport are still producing both newer and traditional designs. Their traditional Thai boxing short designs often incorporate more elements of Thai culture, including lettering and phrases and patch embroidery.
Boon Sport uses Thai lettering as a main design component for many of their standard Muay Thai shorts. They also incorporate their name in Thai lettering as part of their branding.There are several popular sayings and images used by the top Muay Thai shorts brands. A lot of the brands use similar design elements that are popular in Muay Thai culture. One of the most popular things written across the front of Thai boxing shorts is the name of the sport itself. Many brands use a patch logo with this saying for the major design component of the shorts. And of course, this lettering is frequently integrated into the design for the rest of the shorts.

Differences in fonts can make Thai lettering more beautiful (and difficult to read). See below for a few examples of our favorite sayings in different fonts and styles.

Here’s a variety of Boon’s Thai boxing shorts that use the words “Muay Thai” in Thai lettering. Each short style uses a slightly different font to give it a unique design aesthetic. 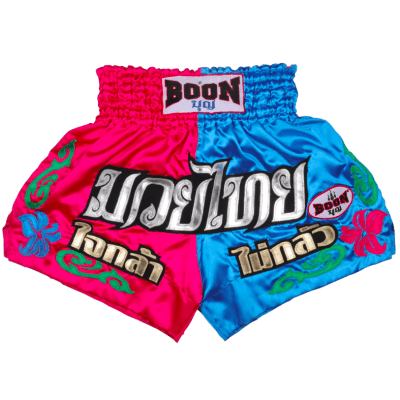 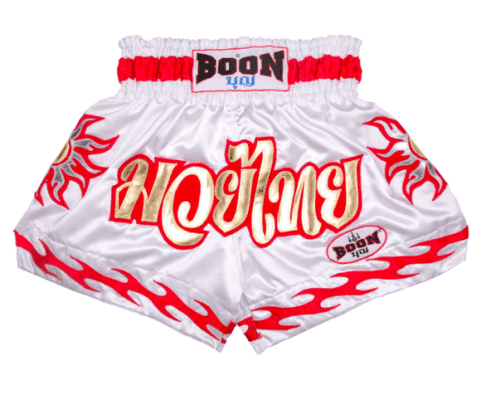 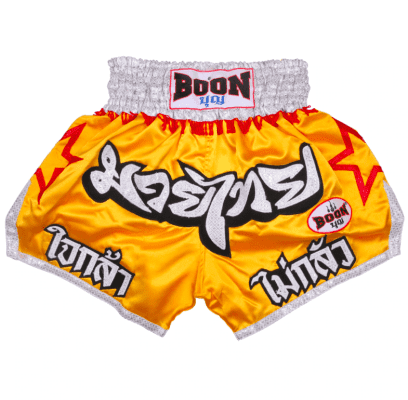 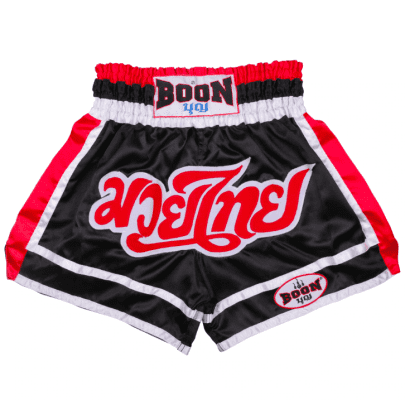 Slightly different, these green Boon Muay Thai shorts use the Thai lettering for a phrase that translates to “brave heart” in English. 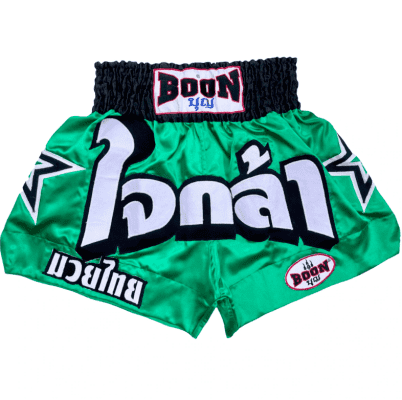 These ones center their design around a patch that says “Chokdee”. 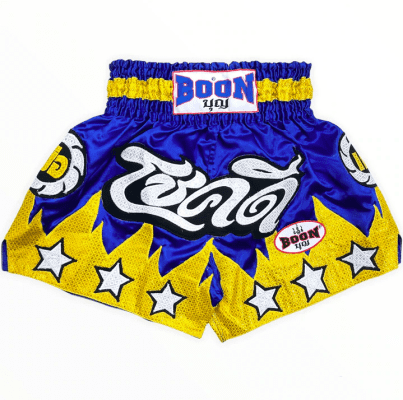 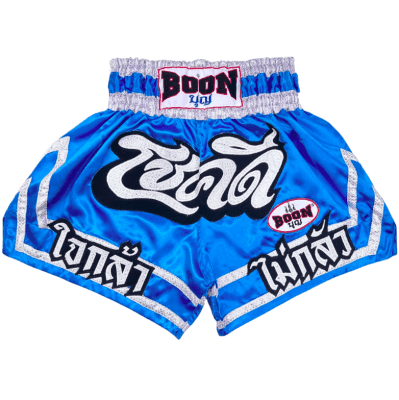 Here are a few styles from Top King Boxing that also use the “Muay Thai” lettering at the center of their design, including their newest release the TKTB-223 model. 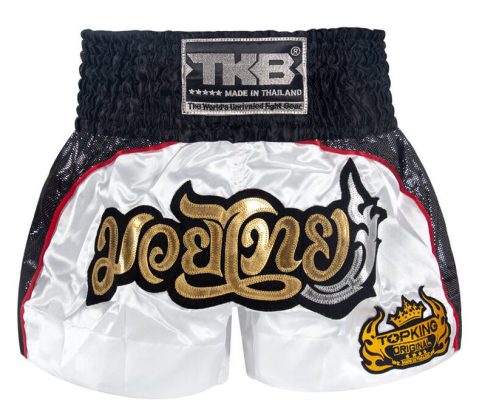 Nationman is a household name in Thailand. Their boxing short design is simple and effective, using the phrase “Muay Thai” to full effect. 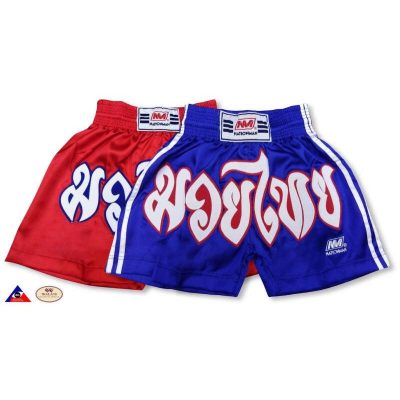 Now that you know a little bit more about what the Thai shorts say and mean, you can pick the perfect pair to suit your fight game. Click here to shop a great selection of the best Muay Thai shorts direct from Thailand. Chokdee🙏

One thought on “What do my Muay Thai Shorts say in Thai?”